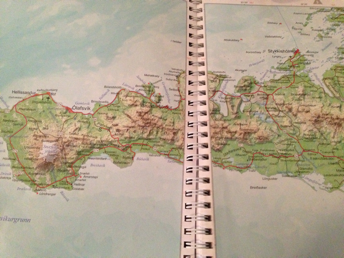 This is the second in a series of posts that will tell the story of our family adventure to Iceland. As regular readers will know, I've worked with Discover the World Schools for a while now, producing the award winning volcano and Norway study aids. This is the third adventure here this year but this time it's our own agenda!  When the company asked me to write a series of posts covering our family adventure I agreed as it will also serve as a record of our trip.

Henry is four in July so is at that stage where he needs quite a bit of entertainment.  The weather conditions were going to prove challenging. 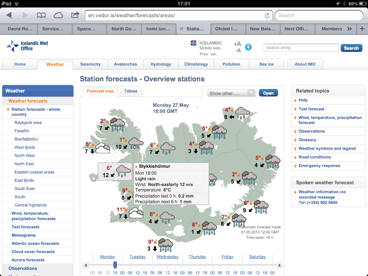 Most the attractions of Iceland, and especially this part of Iceland, are outside.  Having said that, it was time for breakfast first.  Being the only family with a toddler in tow, we are easily identifiable.  The breakfast buffet was excellent as Henry could choose exactly what he wanted and did have some of the independence he enjoys at home. 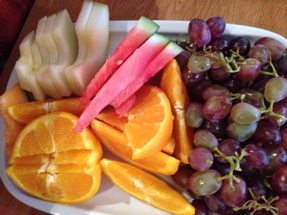 There was also plenty of coffee on tap for mum and dad.  Next was a circumnavigation of the peninsula. In total around 150km of driving. The weather was tough going, with only brief (15-25 mins max) forays out of the car. Having said that, once out of the brutal wind we were able to explore and Henry was more than happy for most of the day.  Or recommendation would be to pack warm clothes, Henry was happy inside his snow suit, hat, coat, gloves, although did find walking in the high wind tough going.  Here are a selection of images from the day: 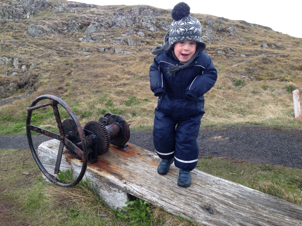 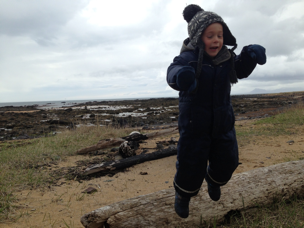 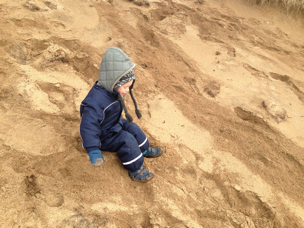 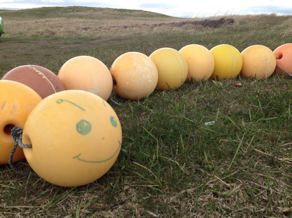 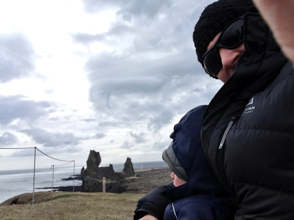 Our favourite quote of the day was Henry saying that 'we're not camping because we're on holiday.' It's great to be able to climb and explore the countryside without many restrictions.  The locations are all safe when following some common sense rules (for example, hold on to your son in high winds).

The Snaefellsnes Peninsula isn't full of your normal tourist infrastructure and it benefits from this. We hardy saw another soul and the natural beauty can really be appreciated.  However, do ensure that you're prepared with activty books ( H loves sticker books), stories, games and snacks, including water, as it can be a fair while between stops.  Also, nothing seems to open here until at least 11am, not great when Henry gets up around 6am. That meant trying to stay in breakfast for as long as possible and a little killing time. Petrol stations are a lifeline for coffee and snacks and for somewhere to sit when plotting the next leg of the adventure  Everything else, including the museums, don't open until later. Worth remembering for future.

The highlight of the day was exploring the gravel road though the Bersekjahraun lava fields, stopping when we wanted to collect lava rocks. We also has some great fun in the high winds.

We're now back at the hotel while I quickly write this and are about to head out to the shops and to find French fries and burgers.  All in all, a great day.