What I plan to do with Year 9

This post is the third that outlines what I plan to teach during the first week back.  The expectations and general points are the same as the Year 7 and Year 8 posts.

Year 9 start to look at Restless Earth – in particular the interaction between people and volcanoes. Now, this is a shrewd move within an optional subject.  However, the first lesson bout two things:

1. Exploring pupil’s own imaginations and knowledge of volcanic eruptions. They have been on the planet for at least 13 years, so it’s likely that they know something about it!

2. Allowing the pupils to know a little bit more about me.

The room is set up as in the previous two posts, with an activity on the board and myself greeting the students at the door. This image will be displayed: 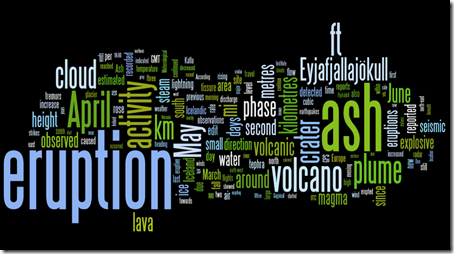 This is a Wordle of a Wikipedia article on the Iceland volcano.  The tasks are:

a) To spot the topic.

b) To suggest ways in which this information could be better presented to suit the subject. (for example, use red writing to represent lava, arrange the words in the shape of a volcano)

Next the register.  First, students suggest which topic it is – the more detail the better. Then, and this usually does take a few attempts I call the register and each student speaks one word. Together, the whole class will describe a volcanic eruption.  This activity's designed to develop listening and cooperation as well as exploring existing knowledge.

Question: How do you know that any of that is true?

Then a statement: I am a death defying stuntman. 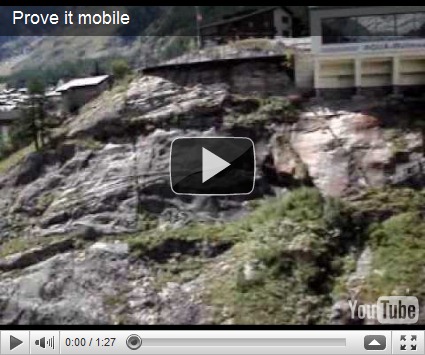 The idea of course that we have to back up our thoughts with evidence.

Then, another video.  The task is to say how true to like this extract of Dante’s Peak is: 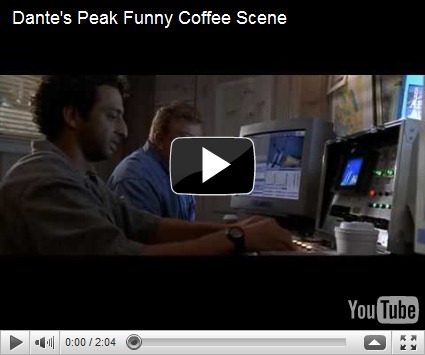 After some brief discussion, I’ll tell the class that this is a very realistic part of the film, as coffee has a similar effect on me.  This may seem a little off topic, but the point we will be exploring is the blur between fact and fiction.

This is where I introduce the Movie Mistakes website: and in particular the page about Dante’s Peak.  So what is the main task? To write a geographical review of the film.

We will watch (most) of Dante’s Peak, and the class have to classify the events into either:

a) so true to life that that happens all the time in the real world.

b) that is so fake that it should receive an Oscar for being the most fake scene in the whole wild world.

c) they could have gotten away with that, had they not exaggerated it beyond comprehension.

We then watch certain parts of Dante’s peak, pausing the film as we go along.  This takes at least two lessons to allow for discussion and collaboration.

The finished task will be referred back to as the unit progresses and will give me a clear idea of the priory knowledge and misconceptions that the class have. The final review can be submitted in a variety of formats, including films, audio, blogs and in writing.

I should add, that the students then get to design their own unit. More details of that can be found at this post.

Somewhere during these opening lessons, the extended homework task will be introduced.