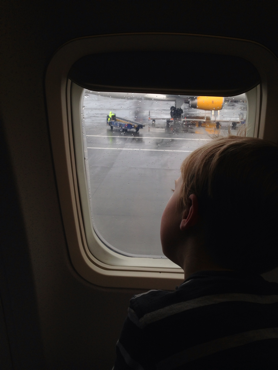 This is the first in a series of posts that will tell the story of our family adventure to Iceland. As regular readers will know, I've worked with Discover the World Schools for a while now, producing the award winning volcano and Norway study aids. This is the third adventure here this year but this time it's our own agenda!  When the company asked me to write a series of posts covering our family adventure I agreed as it will also serve as a record of our trip.

This post will focus on getting through the airports and to the first hotel. 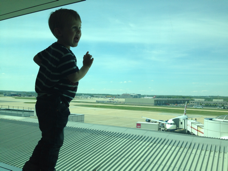 I have to say that being a veteran of getting 32 11-16 year olds plus staff through airports, nothing much phases me about them.  That said, Gatwick's North Terminal was stress free and useful windows for spying on the aeroplane action below.  We flew Iceland Air and were greeted by postcards for Henry to colour (with pencils)). These were posted by the crew to the Grandparents - handy!  The online check in also allowed us to sit next to each other and the 'free' child's meal of cheese pasta with chicken and sweets was a welcome distraction.  Fireman Sam went down well too.

Airports are full of walking so Henry spent most of the time on my shoulders through both Gatwick and Keflavik. 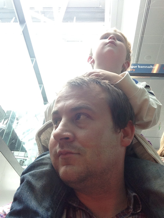 On landing, the next mission was to get the car.  It's always interesting watching other people panic and stress.  While Kelly and Henry grabbed a drink I grabbed the car and, after eating a cheese and tomato bread thing in record time, it was off for the 200km ish drive to Hotel Frammes on the Snaefellsnes peninsula. This is an awesome location and full of wildness.

We didn't opt for the sat-nav instead wanting the analogue adventure.  Discover the World had furnished us with aexcellent. Road map and guide to Iceland.  We have supplemented this with the Rough Guide on iBooks. Iceland is very easy to navigate around and traffic is generally light, even around Reykjavik. 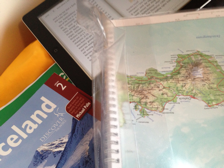 The hotel menu was limited but the food was awesome.  At least for adults.  Having said this, the staff offered an alternative meal for Henry that he was happy with.  At the time of year, it doesn't get dark, so the black out blind in the room was very handy.

All in all, a smooth day although Henry's calm temperament aided this!