Post 1000 and 10 years of blogging: #growinggrit, an update and challenge 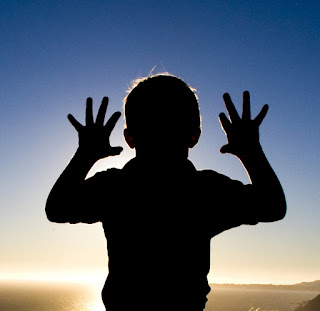 Well. Blimey. It's been ten years of blogging. Ten years from this rather pants post  (together with an horrendous selfie - what was I thinking?!). Ten years and I still haven't made a proper site. 10 years of poor grammar, spelling and typos. Well, actually, it was 10 years a couple of weeks ago but I was busy teaching. Anyway, instead of a review of those 10 years (tantrums and tears, some geography and awards, sharing teaching stuff and plenty of rants) here's a post on what I'm working on at the moment. And, if you fancy marking 10 years, take part in the #growinggrit spring term challenge by filling in the form at the bottom of the page. You can then ignore the rest of the drivel! 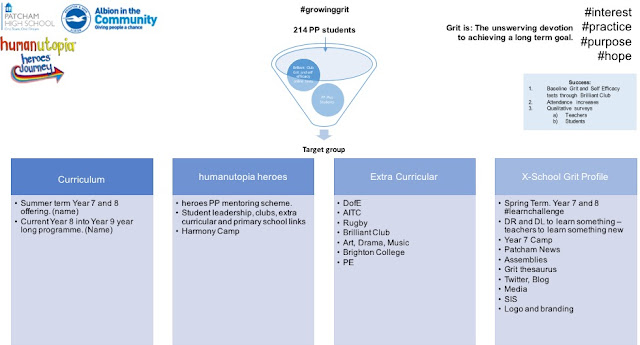 You can catch up with the idea of Grit here and find out the initial stages, including the small scale action research here. In a nutshell, I've used Pupil Premium funding to create a culture of action research in school. The impact of these on CPD and school culture has been significant, but we wanted to ensure that the action research led to policy changes.

Therefore, it with great pleasure that I can announce our partnership with Albion in the Community the charity arm of Brighton and Hove Albion Football Club. This is a unique partnership where we aim to bring the expertise of our school and the resources and talent at AITC together in order to transform local lives. At the beginning of this month we appointed our Growing Grit Coordinator and most of last week was spent fine tuning and rationalising the work that we plan to do over the next year. In an age where research informed practice is important I should point out that:

a) there is no research, apart from our own, that shows that this will work. However we believe that it will change students' lives for the better. In addition, grit can not be taught but the conditions under which grit can be grown can be created through engaging young people in extra curricular activities for at least a year.
b) teaching and learning trumps all, however there are too many young people whose barriers can not be solved through the classroom. I always cite the moment where a former colleague stated that all behaviour issues would be solved through more interesting lessons. Yes, engaging and challenging lessons can help behaviour but there needs to be a coherent whole school policy around behaviour for learning. In terms of this project we aim to engage those with poor attendance.
c) genuine change comes from helping students develop powerful habits in Year 7. It's not about intervention in Year 11. That's too late. Indeed, I would argue that secondary schools should work across phases in partnership with our primary schools. Our aim is to help improve the lives of young people in the local area as part of a joined up approach. Ambitious and perhaps out of reach, but there's no point in aiming for what is in reach. It is a project around growing grit after all.
d) the point of a school is to impart knowledge so that young people gain qualifications that open up future possibilities. Teachers should be focused on that, however the moral purpose of education in an unequal society is lost if those young people go on to become NEET in later years. As a mountain instructor, I'm trained to think about having to answer the question ' did you do everything possible to avoid the accident.' I've always been able to answer yes.  I wonder, how would schools fare if asked the question 'did you do everything possible when you had the chance to help change the lives of those young people?'  The proof of the pudding? School failed me.

There are four strands to the plan:

Two aspects here. The first will see targeted students undergo a term long series of lessons aimed at developing grit and resilience. The schemes of work are being developed at the moment. The students will be identified as we are helping to develop two online tests in partnership with the Brilliant Club. They focus on grit and self efficacy . At the moment all of Year 7 and 8 have taken the baseline tests. Of course there are issues with self reported tests but it was important to use some tool to target individuals.

Secondly, Year 9 students next year will have the opportunity to take part in a year long programme designed to grow grit. We are working on what this will be called and what it will look like at the moment, so watch this space.

I can't give enough praise to the team at humanutopia. This strand of the project aims to develop genuine student leadership by adapting their heroes programme. Already a team of heroes from Years 9,10 and 11 have been identified. They have already been partnered up for a peer mentoring scheme, and we have targeted pupil premium students both to be heroes and to be mentored. I know that there is a criticism of this type of targeting where some accuse use of positively discriminating in favour of the disadvantaged. I would say get over it. This group of young people need all of the support they can get, baring in mind that they are a mixed ability bunch of students from very, very different backgrounds and experiences.

In addition, the heroes have already asked us to help them run extra clubs, homework support and to develop even better links with our primary feeders. The aim is to take a priory Geography approach here and allow the students to drive the project whilst providing some guidance and support from teachers.

Now, like all schools we have a shed load of stuff going on. The main aim here is to interview all pupil premium students in a systematic way and find out what they are doing other than turning up to school. We are going to use the Duke of Edinburgh Award to tie the strands together. It will be targeted at those who wouldn't give it a second thought. Challenging but worthwhile.

This strand is about raising the profile of the growing grit project. I'm pleased to be working with local sharp studio to help brand this and We hope to have a logo up and running soon. However, the main activity for the Spring Term was inspired by Shaun Allsion's post. In effect, I'm going to learn to unicycle by Easter and the Growing Grit Coordinator is also going to learn something. Assemblies to Year 7 and 8 will launch the challenge that they should learn something new ready for a festival toward the end of term.  A term long challenge isn't really a long term goal, but it's a start!

In the spirit of this, we would invite readers to also commit to learn something new by 7th April 2017. It would be great to have a whole bank of videos showing new skills that have been learned. If you fancy it, fill in the form below:

In summary, I agree with Shaun's post: we don't know if growing grit will make a difference, but a targeted approach, coupled with existing interventions and a revamped pastoral system we think will make a difference. Stay tuned for further updates as the project develops.  We have a year to make it work.

Image credit found on Flickr and used via a Creative Commons Licence.