‘'’I’ve been waiting for this moment all my life, but it’s not quite right’ Lazy Eye, Silverskin Pumpkins

Fell behind with posts recently, so expect a few to pop up!  A session that I always enjoy running was with the Brighton Middle Leaders cohort – there are a number of local schools who have pooled our leaders together.  A couple of weeks ago it was the turn of Patcham and I was asked to focus on how we keep Learning as the focus.  I have to start my stating that the Middle Leader is the key component is a school that functions well.  The slides are embedded above, and below are the highlights, a mix of theory and the practical ideas.  I always found that my own leadership training often missed out the practical aspects…. 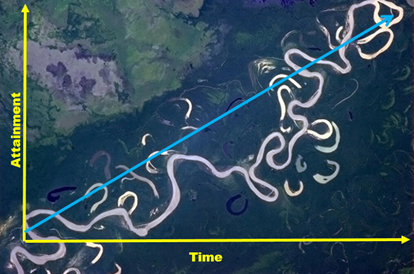 I started off with this image, taken from one of Chris Hadfield’s tweets.  The aim of a middle leader is often to raise attainment, but this is often very messy and not smooth.  It’s also important to consider some of the other aims of education, for example, allowing students access to enriching activities.

But what is leadership and what is management? 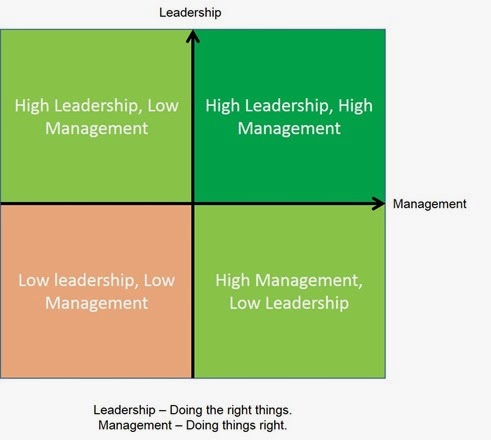 The diagram above is how I see it.  I must point out that I see neither management or leadership as bad.  I consider myself to be an OK leader, but sometimes my management skills need development! The trouble is, on a Senior Team, it’s possible to balance individuals who fall into the three desirable areas.  In core subjects, where they may be a number of TLR holders, this may also be possible.  However, in a single TLR department, the Head of Department really needs a blend of both leadership and management skills, or at least have a team who are aware of their weakness and are willing to help out.  I was always indebted to my team.  Where would you place yourself?  It’s really important for a leader (and by this I should add that a Leader is every person in the school) to be self aware.

Next, we considered the following questions.  As I’ve written previously, I believe that a lack of a strong, shared vision is the root cause of much ill in schools.  What is the most important thing to focus upon in an ever changing landscape of qualifications and teaching methods? 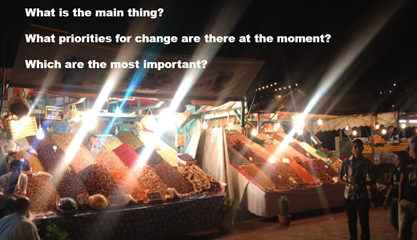 To me, it’s quite simple:

If schools are about learning (to get qualifications and in its wider sense), then these questions should underpin our actions.  Of course, the questions could be rephrased to ‘how might this’ if we are to take research into account.  Of course, sometimes it’s appropriate to hold a consultation or spend the time researching the right way forward. However, at other times, it’s important to make decisions and changes. Next we considered the following scenarios.  Take some time to consider and think about what you would do.  How would you change this situation?  If it sounds ridiculous, it is how I found the Geography department at Priory when I arrived.

In discussing these and coming up with plans, it was clear that there is a gulf between theory or blogging words and practice as the complexities of working within an organisation add an extra layer of fun!  Much of the work of a middle leader is about identifying these gaps and working on solutions.  It’s always time to go with a plan rather than a list of demands and problems.  What are you doing to celebrate the work of your department and identify the successes.  There will be some and these can be used in line management meetings. 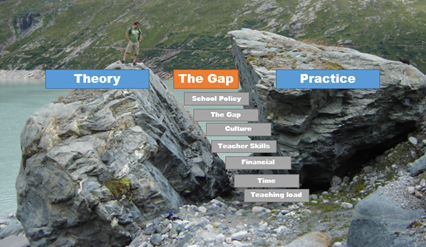 When on the Fasttrack teaching programme, I was sent along on a project management course and this remains the most useful piece of training that I’ve ever been involved with.  I’ve distilled the process into this diagram:

I shared two of the development plans that were developed as a team at Priory Geography.  These were living documents and linked in to the whole school priorities.  If it’s not clear what they are – start asking awkward questions…. I’m not presenting them as the only way, but revisiting these often helped us keep the main thing the main thing.  It helped us to decide what was desirable and what was essential. It also helped us keep focus when in the trenches at the chalk face.  This was a time of rapid curriculum change.

What I should point out is that whilst both of these were shared and edited by the team, they stemmed mainly from my vision for the department and the direction that I wished to take it.

I finished with a couple of tools that I have found really useful when developing a shared vision or mission:

The first has been developed from an idea encountered as a mentor on the Google Teacher Academy and the second is something I’ve been doing for a while.  The point of both is to spark discussion – to me the successes at Priory were underpinned by a great team spirit (where members were challenged as well as supported); a culture of asking for forgiveness rather than permission; an unshakable belief in the power of great teaching and learning and the confidence that we would get there.