It all started with a tweet about cheese on toast…. Looking ahead to the #msftpil Global Forum 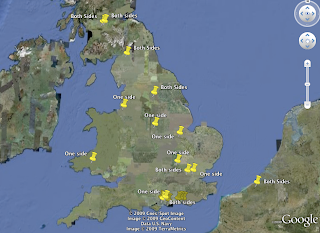 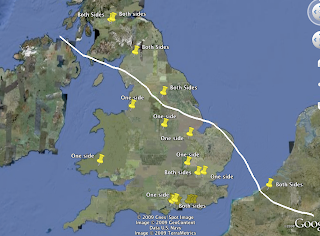 The maps above were made a while back during my first flirtations with Twitter and it’s use in the classroom.  It’s a map about cheese on toast.  Read the story here.  Next week, I’m off to Barcelona for the Microsoft Partners in Learning Global Forum.  It’s a collection of 250 educators from across the world.  This post is a reflection on the story so far, which started with a tweet and ended up with a student created BYOD policy.

Before I go on, I should explain that I’m not an advocate of using one style or approach.  Technology is only powerful when it’s used appropriately and to do things that you couldn’t otherwise.  I also have no affiliation with any particular brand of technology – I prefer to use what works well.  Google, Apple and Microsoft have stuff that works really well and I prefer not to write anything off because of its origin.  No time to read? Head to the Partners in Learning Network, sign up for free and download the free resources.

Little did I know back in 2009 where a simple Tweet asking about cheese on toast would get me. It was the start of an amazing adventure with Microsoft’s Partners in Learning Network. This is the story of how a small idea can lead to huge transformation. Because of that tweet and the Innovative Educator Award that followed, the children I work with created a mobile device policy for their school and helped transform pedagogy.

The tweet in question was aimed at developing the spatial skills of a class of 13 year old students. We mapped the responses and started to describe and explain the geographical patterns. You can read more about it here. The next stage was to tweet out about what my network thought about pirates. I wonder, what are the first five words that spring to your mind?

Through this, my classes discovered that many people have the misconception that piracy is quite romantic and linked to Captain Jack Sparrow. The reality of modern piracy in the Gulf of Aden does not live up to that so they started to create resources and responded to real questions in real time. You can read about this series of lessons here.  The lesson was developed into a case study for Teachers’ TV. It’s the second case study in the video below.  One of the classes is being taught the lesson.  We didn’t stage anything as I believe in business as usual whatever the occasion:

This was great, but I knew that the idea could be taken further. The recognition from Microsoft helped that and before long my Headteacher was asking me to lead up the development of mobile technology in the school. I have huge faith in the creativity of young people so a bunch of students started the crusade to allow mobile devices in to school. This involved research, presentations to governors and senior teachers and some guerrilla geography. This involved nearly 400 students using chalk to map their activities around the school. This created panic of course but it also engaged the whole school community with the real issues.

The result? A mobile device policy that was enabling learning, created by students and teachers working together. You can read more about this stage of the journey here. You have to realise that mobile devices were banned before this point.

However, there was no point in stopping there. The next stage of the project was to get teachers, students and artists into a room together and ask them to plan a series of lessons that utilised mobile technology. The result was breathtaking and we created a mobile ‘cookbook’ of ideas that included:

· A geography lesson that was taught through different languages;

· A music lesson that created compositions from sounds recorded around the school,

As well as this, mobile devices of all types were being harnessed for learning. We also took these devices outside of the classroom and used them to connect to places all around the world.

So, here we are, a few years later, with a learning revolution going on. The important thing here is that my journey didn’t stop by winning a regional Partners in Learning award. That’s where it started. It’s not even finished yet as with the support of the community, and especially Stuart Ball the UK Partners in Learning maestro, I’ve got plans for where we can go next to support coding and programming. I was originally asked to submit a Virtual Classroom Tour of my idea – it amounted to a handful of lessons. Look where it’s got so far!

And before I forget. The young people involved? They now give presentations to teachers at TeachMeets to over 100 teachers at a time!

Some other resources about the project: