I’m not making my first post of 2014 about work, so here’s one about running. 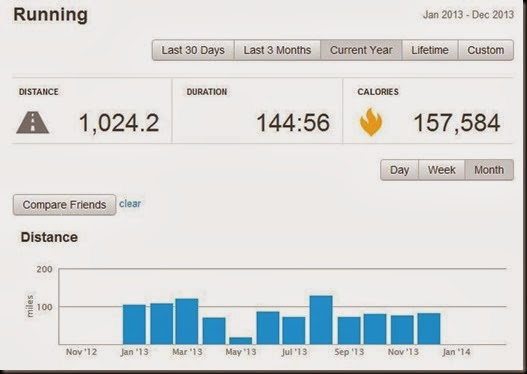 I’ve been running now since January 2012.  Whilst some say I started because I was living with my in-laws during the house buying process, it was a decision to get healthy and do something positive. I’m sure I’ll get around to writing about the serious stuff later, I am determined to complete a #nurture1314 post, but that feels a bit wrong at the moment as a) I feel like a fraud spouting off about education and b) the time over the holidays and on the track has demonstrated that there are more important things in life.  So, in 2014 I will blog a bit more about the other stuff in my life.  This post highlights why I run and sets some goals for 2014. They are here because this blog is mainly for me, and setting public goals is a way to carry on the drive.

This thing is, running has changed the way I approach work for the better.  It gives me guaranteed reflection time.  In 2013 I completed the Brighton Marathon, around 4 Half Marathons, a couple of 10 milers, my first mountain marathon and, the highlight, completed a 3km Santa Dash with my four year old son running along side me.  When I started, I thought there’d be no time for running around work and other commitments.  That’s until I made running the priority.  Turns out there’s load of time for it.  Personally, I think modelling something other than working all the hours that exist is a positive thing for leaders to model.  And before you bang on about the lack of teaching time we get, change the record.  That argument is as old and as invalid as the Tories blaming it on the last government.  Unless of course, you’ve been in leadership and have gone back to full time classroom stuff. 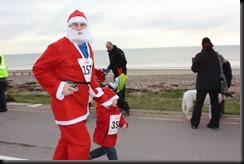 I know that several other teachers run, or are thinking about running so here’s a post I wrote for Alexandra Sports, a running shop in Portsmouth:

We asked one of our regular customers David Rogers to tell us a bit about his running and how he achieved his goals; here is his story:

The photo above was taken during the RAB Mountain Marathon in the Lake District in Oct 2013.  Whilst I’ve always enjoyed the mountains, I never thought for one moment that I would ever complete a marathon on one, especially as I had never run since my PE lessons almost 20 years ago.  Indeed, I was a total running novice in December 2011.  It was then that I stepped onto the scales and recoiled at being almost seventeen stone!  With a 2 year old active boy, this wasn’t the role model that I wanted to be.  So, in January 2012 I started running.  Well, to be accurate I started dragging myself around the local area. It wasn’t fast, stylish nor pretty!

As I write this over 20 months later, I’m preparing for my second Great South Run, have completed the Brighton Marathon in just over 4 hours,  three half marathons, finishing the Great North Run in 1hour 46 minutes and the RAB Mountain Marathon.  I know plan to continue to race and plan to go under 50minutes in the Brighton 10k and go under 4 hours in the Brighton marathon. So how did I achieve this?

The first thing I did was to track my training.  I used an online system.  This allowed me to see the improvement in my pace, distance and speed.  This had a huge motivating effect and when I look at my first run (2 miles in 36 minutes) I feel a huge sense of achievement.

Next, I started to enter races and set goals.  This provided a goal to keep me going.  I aimed to complete the Great South Run.  Now, I enter races at least once a month if I can, tying them into my training plan for a major goal (such as the Brighton Marathon).  I love the atmosphere and sense of achievement in completing a race.  I also challenged myself to run 500 miles in 2012. I did 600.  This year I’m on track to top 1000 miles.  Combine this with online tracking and the motivation really gets going!  I also track my mileage with some other runners I met through Twitter.  This provides encouragement and friendly banter.

Getting a good training plan has been invaluable.  I started just aiming to run continuously for a set time, increasing the time by 10 minutes each month.  Next, I started working on the distance.  Varying my runs has been important too. Generally I complete a long run on a Sunday, then some interval, hill and tempo runs during the week.  I take my running kit everywhere, and get out when I can.  It was difficult to establish this but no it’s a habit. I even went running on Christmas Day.  I started easy to avoid injury and listened to my body rather than a watch or pace.

Finally, I spent some time and money getting a good pair of shoes and some comfortable shorts.  Having the right footwear definitely helped.

The benefits of running, other than weight loss (around 2.5 stone at the moment, while keeping up my intake of quality ale and fitness) to me are:

So, although I speak with the insight of a convert, I do wonder why I haven’t always run!

In 2014, I plan to meet and beat the 1000 mile marker and complete the following races.  I may even join a running club. They are in an Evernote checklist, there’s even a marathon with wine involved: 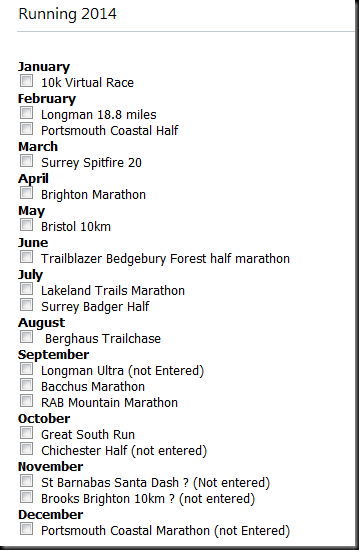