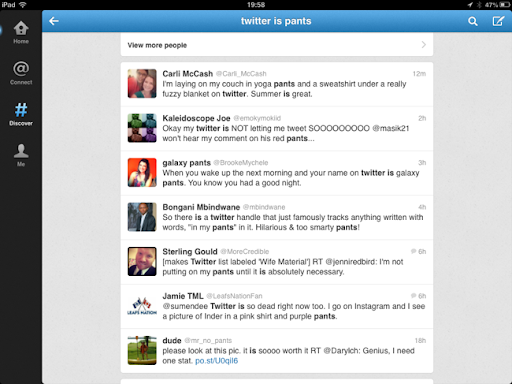 This is a post that has been fermenting for some time and is linked to some conversations on Twitter after securing a job as an Assistant Head Teacher. Some thought at the time that Twitter is some form of amazing job getting mega thing. Others still insist on calling it the best CPD in the known universe. I may embellish a little of course...

But. This is the thing. Twitter is pants. It's the people who engage with others through twitter and the careful selection of who you interact with that makes twitter an amazing tool for connecting like minded professionals.

As the search above demonstrates, twitter is full of rubbish.  Also, this place is full of resource grabbing life sucking people who have always existed on Internet forums and the like. It's also full of muppets who are happy to badger and harass those who give up their own time for the greater good, Jo Debens and the set up of a Geography Dropbox being a prime and recent example.

There are also those who don't like what they read. Just don't follow them. Block them even. But should we reduce ourselves to this? 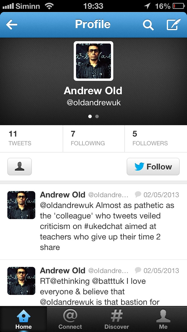 Not that I know what it's all about. But at least argue in person maybe?  Anyway, I'll just choose to ignore just as I would stop watching a rubbish television programme.

So, how come I've sent over 30,000 of the buggers? That is a good question. Twitter is the tool that has connected me to many like minded professional people. I believe that nothing is as powerful as face-to-face conversations and talk (not always over a coffee or a real ale, but it sometimes helps), but I have met some fantastic people through twitter that have interacted, shared and exchanged ideas and resources, organised events and given advice and laughs.  At Priory Geography, we use twitter as a banter tool.  At the end of the day, why take ourselves too seriously?

Twitter is a useful tool, but it's the people that make it an amazing place to be.