The term that tried to break me (and why it failed) 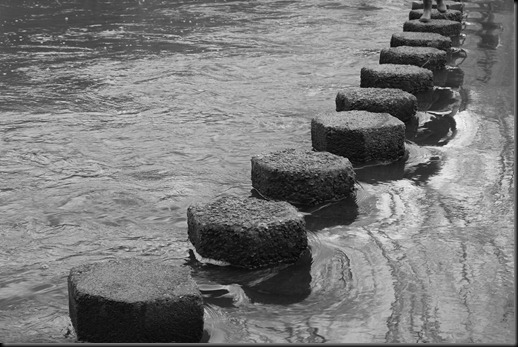 ‘Kites fly highest against the wind, not with it.’ Winston Churchill

This post has been ‘in the making’ for a while and has needed considerable reflection about what to write.  I’d like to draw you attention to the disclaimer in the right

I still think these are thoughts in progress.  They are put here as a real audience forces me to reflect deeply.  This is on of the best features of blogging.

Some may have notice the fall off in visible activity for a while.  As I explained back in December, this has partly been about allowing time to focus on the important, unsexy stuff.

It also is because the school I work in failed Ofsted in January.

There’s nothing quite like that to take the wind out of your sails especially as we have been riding high as a department for the past few years and continuing our upward trend of GCSE results.

Together with other internal changes, the future of Priory Geography as it exists now has been on thin ice, a difficult situation to contemplate after four years of often heart-breaking, soul committing, ‘head-above-the-parapet’ innovation.

However, the report is quite a positive read.

During the visit, the department carried on as normal, getting students out, being judged to deliver Good with Outstanding and Outstanding lessons and having a clear development plan.  I could rant about Ofsted, their approach and use some of the well worn arguments but I have no problem with inspection nor being held accountable, especially as we spend (mainly) tax payers money and are paid by the state.  I would say that in terms of teaching, 20 minute observations encourages teachers to focus on the one off lessons, however, it was business as usual.

For those that are yet to receive an inspection under the new 2012 framework, a few tips aimed at classroom teachers and middle leaders:

One of the most difficult aspects of the past term is being seen as inadequate (We have been there with an Inadequate Subject Inspection of geography not long after I took over).  We are not.  I suppose it’s the tarred with the same brush metaphor.

The most important thing is what is going to happen about it?  It’s tempting to fly the nest, but I’ve never been one to move away from a challenge.  I also can’t speak for the fantastic team I work with (without whom there would be no doubt that the past term would have been almost impossible to bear instead of actually a lot of fun and simply inspiring).  I’ve also learned a lesson.  The culture of teaching has shifted in the past nine years since I started. The question of where you want to end up has been raised quite often. Personally, I want to be a headteacher. But, at the moment I enjoy working with a great team who have a shared goal.  It’s made me think:

I have confidence in our headteacher and his vision for the school.  I have every faith that I work with some of the most inspirational (and most difficult) young people I could come across.

Now, I wouldn’t do something silly like commit or anything, but it seems to me that the madcap, critical, left-of-field, boundary pushing me has a place.

Ofsted has also really focused my mind on what’s important and what’s not. I’ve concluded (somewhat tentatively in places), that:

Could I run from a situation that I could help make better?  Those that know me (who don’t call me ‘Dave’) know the answer