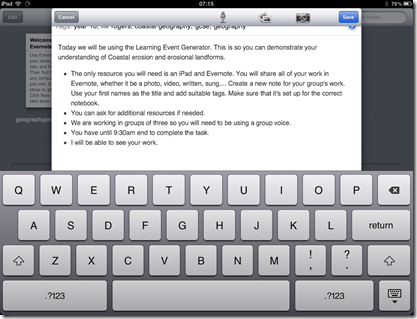 Today, Year 10 students demonstrated their understanding of coastal erosion processes and landforms. This is the description of what happened.

The web-version of John Davitt’s Learning Event Generator was set up and ready to go.  The department has an Evernote account. All of the iPads were signed in to the account and my own iPad was ready to be connected to the digital projector.

This was the first time that this group had used the devices. Before the lesson, a separate Notebook was created containing two notes: the task and an example.  The task is at the top of this post and follows our school’s Assertive Discipline PRINT guidelines. The image below shoes the demonstration note. 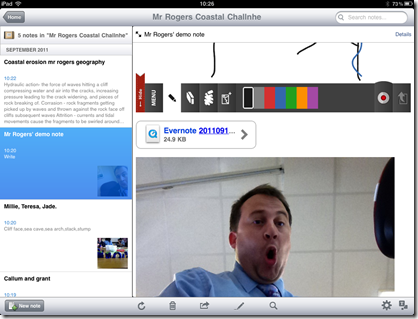 The keen eyed amongst you will have spotted the spelling error.  This sparked a nice discussion about the accuracy and quality of work…..

It is very important that GCSE students get used to being productive in groups.  This is so they can collect primary fieldwork data quickly and effectively.  It’s also because we belie that young people learn better when they can collaborate with each other. 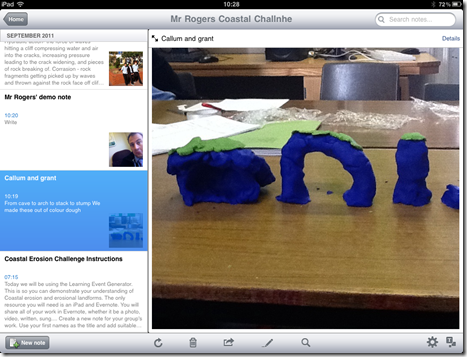 Once the class were settled and in groups of three, I introduced the task.  The challenge was to create and share an Evernote ‘Note’ that demonstrated their learning so far. The options available were:

I talked through the creation of a Note and the task using an iPad connected to a projector.  Each group created their own Note, using their first names as a title.  I demonstrated that these were then visible to the whole class.  This feature is excellent as, not only can students collaborate within their group, they can also collaborate with the whole class and myself.  Without promoting, students began to look at other work and take inspiration.  Some groups headed outside, or to another part of the school to work.  I had no problem with this as I could still see their progress. 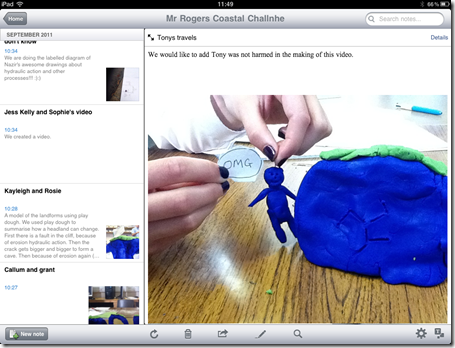 At the end of the lesson, we created an ‘Evaluation’ note and these were the thoughts of the group: 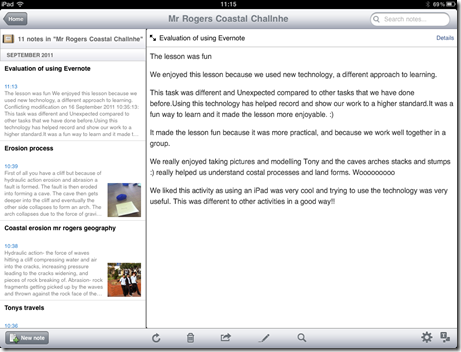 This is one of our favourite creations of the day, a video shot using a mobile device: 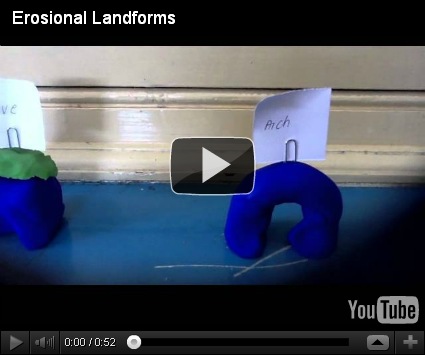