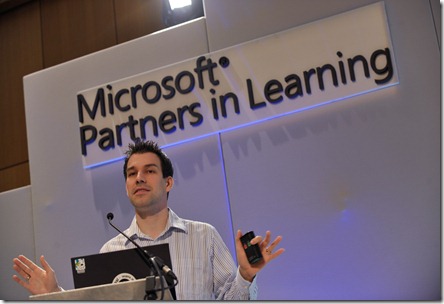 The first keynote of the day was from Michael Furdyk, who was introduced as someone who just makes you feel inadequate! You can certainly see why! The co-founder of TakingITGlobal had an inspiring tale to tell, and one that has powerful implications for education.

Firstly, it’s worth taking a look at this TED Talk highlighted and used by Michael during his talk:

Trust is an issue in school when we need to let go – this puts up some barriers when it comes to co-construction of learning or indeed, adults learning from young people. There are a lot of links here to projects such as Digital Leaders where young people become the experts and driving force. The question is, why aren’t we showing videos such as this in assemblies?

Two features of Michael’s talk hit me quite hard. The way in which he acknowledged the role of having supportive parents and a flexible, supportive school system was clear. I have no idea how the UK education system can be as flexible as described by Michael, but I do know that it’s vital. We need to be able to allow students to count work done outside of school as credit toward qualifications.

As a parent, I took comfort from the talk (and TED link) that simple actions, like reading with your child, can really make a difference as does taking an interest. I’m also very pleased that Michael’s parents stepped in to help name his first company: M&S (as teenagers, it was the other way around). 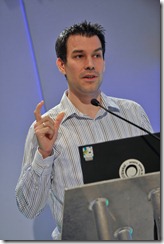 It was also clear from Michael's talk that if teachers have low expectations of young people then they will sink to them.  I do always try to have very high expectations (for behaviour, work and effort) but have become more reflection on the way in which I communicate these high expectations.

TalkingITGlobal is a very exciting project with a huge range of sub-projects. I have been aware of the project for a while, but very much intend to engage fully in it.  For example, I had no idea about the wide range of excellent resources available  - for example these about natural disasters. 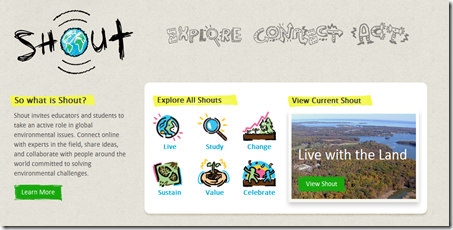 As a geographer, I am particularly looking forward to engaging with Shout – a new project coming soon aimed at getting students more active in environmental issues.  As young people  in the UK hurtle toward saturation on this particular issue, it’s great to see a refreshing way of talking this issue that will focus on the actions of young people rather than greenwashing by teachers.

In conclusion, I was left inspired, a little embarrassed, a tad angry but overall very excited after listening to Michael speak.