How on Earth did I end up here? 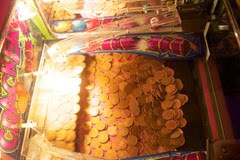 At the Google Teacher Academy last week, I had an out of body experience.  It was truly humbling and strange to be working for Ewan at NoTosh and with a room full of energetic, like-minded (without being carbon copies) ego-less teachers.  More on that in a future post.  In the pub afterward, a few people asked me how I ended up being a mentor.  At the time I told a little white lie and said that I had no idea.  Which is kind of true.  Apart from being myself, I had no real advice.  However, it’s not the first time someone has asked and, when looking back, I have managed to get into some mad places.  Helping the curation of the first TeachMeet at Microsoft’s Global Forum with the entire Western European contingent, most of whom had no idea what a teachmeet was.  They had around about 20 minutes and some free beer before presenting.  I was part of the first FSC-Hack day; have taken part in some mad marathons and other challenges.  And, before the naysayers start, I’ve been up to all sorts of adventures with my family.

So what’s going on?  In an attempt to provide some advice to new teachers and those that may be interested, here we go.  It all started with the 2p slot-machines.  I was about 12. Certainly not older than 13 anyway as that’s when my parents split. I was at Kiln Park on my way, on my own, to the arcade with a bucket full of pennies and 2p pieces.  On the way, two girls of my age got chatting to me and asked if I’d hang out with them.  I declined and headed to the Arcade.  I was very, very shy as a teenager, and still am (yes I know, but really).  Unsurprisingly, not long after I was without my money, had eaten the chocolate I had won and had nothing else to do.  I was left wondering what adventures would have lain in wait had I said yes.

I made a promise with myself at that moment not to turn down opportunities.  You see, I wasn’t dim as a lad.  I found academic work easy, even if I had no interest in it.  What I lacked were opportunities and the confidence to do something with myself.  On reflection, it was this decision that led me to the Air training Corps (where I was made to speak in public, chat to people I didn’t know nor had any interest in and teach). The rest, as they say, is history. 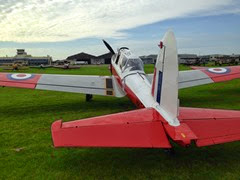 Soon, I was leaping at the chance to learn how to fly by volunteering my time.  This lead not only to a specially cooked dinner from the Mess, but to picking up unexploded bombs on Penally range too….  That may have been linked to a short stint as a demolitions expert in Brisbane, but I’m getting distracted…

I can describe my approach to life in three ways:

1. Never forget who you are and where you came from.

There’s a great bit in Cool Runnings that sends shivers down my spine every time. There’s an argument about the failure of the first run.  The coach delivers the verdict:

In the resulting scene, Sanka points out that he didn’t travel all the way to the Olympics to forget who he was and where he came from.  You see, the team had been mimicking the Swiss team.  I try not to lose the perspective that my life has given me so far.  No school will be worse than my NQT year.  No work is too hard compared to no real work where I grew up.  No request is too small.  This gives my a strong sense of moral purpose.  I find it difficult to make money for people.  It’s what confirms to me that I need to be in education.  It tells me which kind of school I need to be in.  I wear my heart on my sleeve, but there we go….

Some may be restricted by staying safe.  Well tried lessons or leaving the new fangled technology away.  I think ‘What’s the worst that could happen?’  If it’s not a death or prison food, it’s worth a go.  Perhaps I’m lucking to do a job that I love.  I look forward to turning up and still can’t believe that I’m allowed to do it.

3. When you go bouncing down corridors, stop and knock down a few doors.

I’m not often known for my subtlety.  As a teacher, I’ve taken opportunities as they’ve come along.  Some I’ve gone after.  It’s a mistake in my view to leave your own CPD in the hands of others.  I’ve also tried to ensure that doors stay open, which is why I always try to advocate what works well, even if that’s technology or a teaching tool. I also try not to attack tools . Perhaps I thrive in the not-knowing?  I’ve also tried to do a good job and speak from experience rather than theory. My advice would mirror my Mam’s: ‘don’t ignore those doors of opportunity David, try it once and make an informed choice.’  Of course, she was there to pick up the pieces and I’ve failed more than I’ve succeeded.  One of those doors early in my teaching career, was the Staffordshire Learning Network Geography Forum.  I got involved and shared – the talking to people I didn’t know.  I didn’t worry about approval, making the connections then led to everything else that followed.  Then, it was getting involved in whole school projects – getting to know what the Head is passionate about.  That ended in teaching in Indian slums and South African Townships amongst other things.

The online engagement also led to Microsoft Innovative Teacher status and other badges.  The early contacts made through the geography forum resulted in a textbook opportunity.  Everything fed into my classroom and leadership practice.

The cartoon above is Mint Sauce, a mountain biking sheep. In the image, I feel like each one of the characters every day and certainly when thinking about a decision.  That’s another great thing about teaching.

My advice to new teachers?

2p Slot machine image from Flickr and used under a Creative Commons Licence.