Would the last teacher to leave the profession please turn out the light? 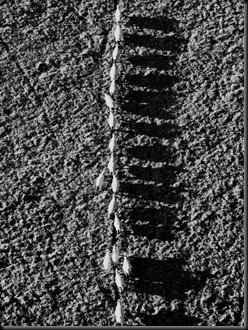 The problem with having the rolling news on in the background while I was working today is that it was almost impossible to ignore this.

Now, I’m no statistician and I certainly wouldn’t consider myself an uber-informed person, so this is more of a personal position founded on nothing but my nine and a bit years of teaching.

But really?  If teaching is so bad, why don’t we all just quit?  Or is it just human nature to have a little rant and moan.  My main issue is that people leap follow the media.  If they say it’s right then it must be true?

So a poll, commissioned by the NUT,  of 804 (source) the approximately 320,000 NUT members (source) has found that the entire teaching profession’s morale is ‘dangerously low.’  When teaching young people to critically evaluate sources of information, this could be called bias.  Can the 804 NUT members who replied to the survey be considered representative of all teachers?

Interesting also that the response from the NUT mirrors its own agenda.  The full analysis of the two questions asked suggests that those that took the survey weren’t then asked why their morale was so low.  Behaviour? SLT? Forgive me if I give little respect to the survey.

I’m not necessarily disagreeing with the findings.  Indeed, I think that most of the policies that are coming out of the Government regarding to education are bonkers.  But then, as someone who grew up in a Rhondda mining village during the miners strike, I would think that…

I’m just questioning their validity and their use by the media to spread further doom and gloom about the profession.  Should we pause to consider the origin of these stories

If we wanted to tell Gove  that his policies aren’t popular then surely the thousands of tweets from teachers may be a start.  Just search for '#govemustgo, for example.  Thing is, he’s not really listening until we can vote this government out….

This may be me being naive, silly and not terribly well informed, but….  Aren’t these just challenges that teachers need to overcome in the classroom?  Even in my nine and a bit years as a teacher, I’ve survived quite a few ‘end of the profession doom of death’ type moments.  Thing is, how much impact has it actually had on my teaching?  Over that time the common ‘moans’ have been about behaviour, bad government policies and lack of communication.  Sometimes, this has been quite baffling when visitors to the schools have found behaviour and the quality of learning to not be a problem.

Shouldn’t we just get on with it?

Would I recommend this job?  For sure. It’s great.

I’ve said it before but Gove isn’t in my classroom.

Of course, I may live to change this position once we become an academy

and if it gets that bad, I’ll get out of teaching.  Only when I can’t subvert what’s going on that is.