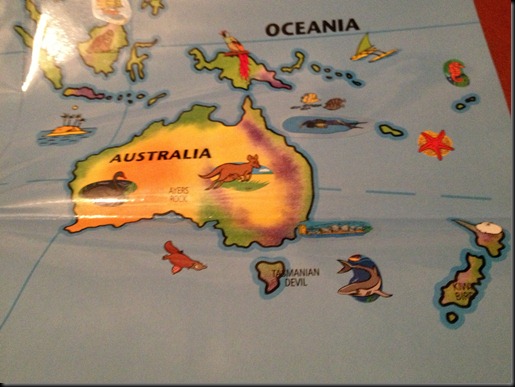 Most geography teachers are aware of the stereotype reinforcement that is encouraged by most published Atlases.  Being the owner of a three year old whose curiosity about the world is growing, I’ve noticed this more and more.  You could say that it’s in danger of becoming an obsession.

The image above is of a large, plastic map that came along with an atlas.  There are reusable stickers that we could stick all over the globe.  New Zealand and Sheep, Tasmanian Devil etc.

The problem isn’t limited to traditional paper based maps.  The image below is from a recently published iPad App.  At least they’re animated 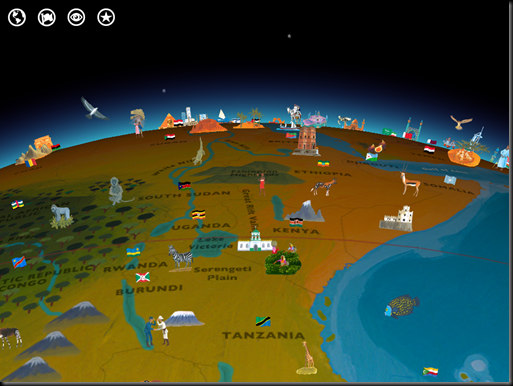 The point?  As geography teachers, we have a responsibility to make young people aware of the limitations and bias that sources of information contain.   This is a germ of an idea, I’m putting it here to revisit after the New Year Madness.  Similar to a previous stereotype mapping activity, young people would be presented with a map of their local area.  In groups, come up with symbols that they wish to place upon a map a la examples.  Change scales and consider regional, national, international…..

Would fit nicely into our ‘Moving Places’ or ‘Or Places’ units.