Engaging with the emotion of place

As I argued at the GA Conference earlier this year, geographers should engage young people with the emotion behind places as well as the bare facts of a case study.  Inspired also by this video of Dan Raven-Ellison speaking about imaginary places and how people affects places, I stitched together some thoughts during a visit to Pooh country which are shared below.  I’ve also been heavily influenced by Noel Jenkins’ work on places This idea probably isn’t original, but I thought worth sharing.

My family’s visit to the Pooh Sticks Bridge led me to the following passage:

‘By the time it came to the edge of the Forest the stream had grown up, so that it was almost a river, and, being grown-up, it did not run and jump and sparkle along as it used to do when it was younger, but moved more slowly.’ From The House at Pooh Corner

What a fantastic description of the changes that occur to a river.  I also like the resultant explanation, although not exactly geographic.  This passage presented two thoughts.  The first that such writing makes river processes a tad more accessible to those who are less able, and the fact that Pooh invents a game linked to a place.  I wonder what games our students could create that also allow them to explore geographical processes?  Clear ties here to Mission:Explore style adventures.

Next, I came to this map: 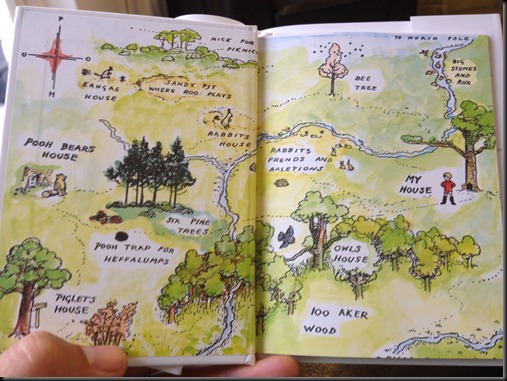 and this challenge to visit the actual places: 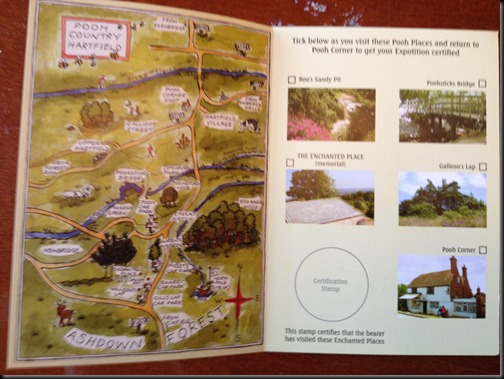 Together with these directions to the Pooh Bridge and instructions for playing Poohsticks: 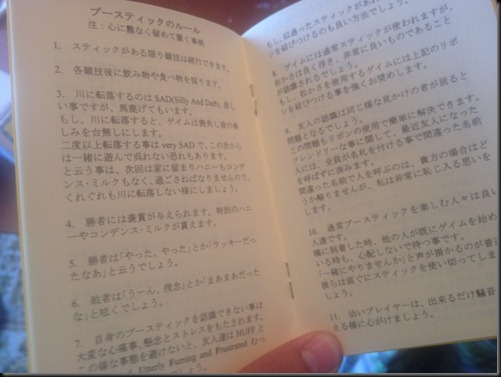 It’s clear that people (in this case A.A. Milne and Disney) affect places through writing about them, and although there are many imaginary maps (such as  Terry Pratchett’s Discworld (one of my favourite series of books) or Middle Earth) this is the first case that I’ve really thought about where an imaginary map and places are based upon a real map.  What a great way to link geography with literacy?  We could also create an Alan Parkison Landscapes in a Box style activity but with imaginary places. 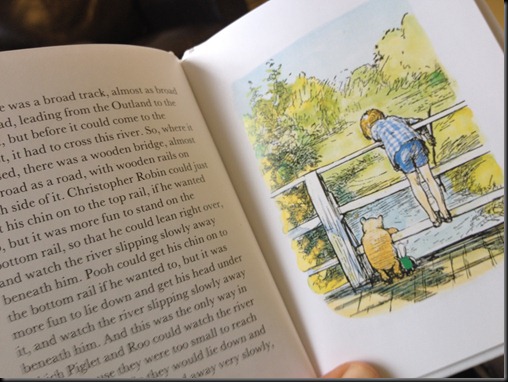 And how does the ‘imaginary’ image above, match with the real world location? (My son is the one climbing!) 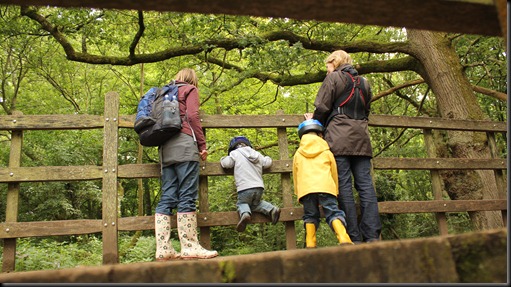 The actual location is linked to a virtual geocache and the signage is vandalised and fences have been erected to stop eco-unfriendly tourists from tearing down branches to play the famous game.  Students could investigate the impacts of those photo opportunities on places.  I always remember one of Jeff Stanfield’s favourite sayings ‘Everyone is a geographer including Bill Shakespeare.’

As an afterthought I wished that I had taken some Photosynth's of the location, but we could use existing ones to write about a location:

Although this one would be good for trying to match up with the text:

As a younger child, I remember making pretend maps based upon where I lived in the Rhondda Valleys, so a good activity for exploring map skills with younger students could be to augment a local OS map with post it notes, or use Bing Maps OS layer and sign in to add places:

Anyway, as a geographer is never off duty, I thought that I’d get these ideas down (however messy they may be!) so that I can return to them later.  I’m imagining that a few of these will work their way into Year 7 lessons.