I don’t want a plan. I want to be inspired. 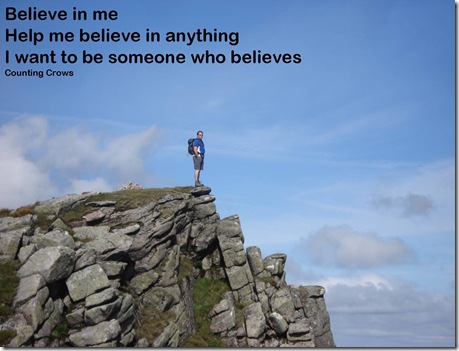 This is one of those messy, reflective posts….

I’m no stranger to looking into the abyss. It sounds like a clichéd No Fear t-shirt slogan, but life on the edge really is quite fun.  This week has been a particular roller coaster ride and one in which my core values have been challenged and my motivation for being ‘in’ education.  As well as a chance for me to reflect on the week (which is far from over!), I guess this is a message to leaders of education. I understand the need for long term plans, development plans, strategic visions, schemes of work and the like.  However, sometimes these constructions create well trodden paths.  Paths which sometimes mask well trodden routes and result in cultures where deviation from the norm aren’t encouraged.  Not because they are seen as evil, but because that’s what has always been done. 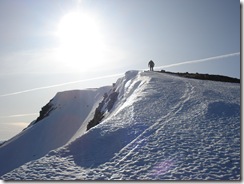 Having no path is scary. It is also stressful, lonely and hard work.  From outdoor and school adventures I know that having no plan at all is not really that good an idea! Therefore, it’s clear that having a position somewhere along the no plan – plan continuum is beneficial to successful projects and learning. 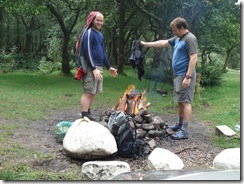 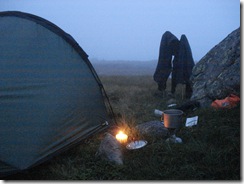 Having a rough idea of the big picture while allowing room for deviation often leads to deep learning.  In the example illustrated above, we had a rough plan to climb a few hills in the Cairngorms. We were self sufficient – equipped with everything we would need for three days.  We has a vision (for want of a better word), we were prepared for almost anything but the detail was fuzzy.

But how does this translate to the school setting? 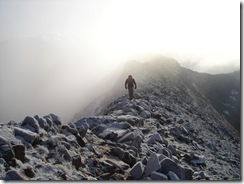 Let’s take the idea of mobile learning.  This week, I have discovered (not surprisingly) that this is a messy, ill defined path.  It’s also personally and professionally scary, risky, lonely and fun.  We wanted to involve students in the process of writing a mobile device usage manifesto.  We knew where we wanted to go to, but not the details (these are still being put together as I type this!).

The basic idea is contained in the presentation below. This was shared with the school community.  Notice that we are aiming high and into the future. That doesn’t mean that we know how to get there yet!

We hope to elaborate on each stage of this fast moving project, but it’s important to keep certain elements under wraps until  we have consulted with the entire school community.

I’ll be speaking about some of this at the bMobLe conference and Northern Grid for Learning Conference over the next couple of weeks, when we hope to have more detail to share!